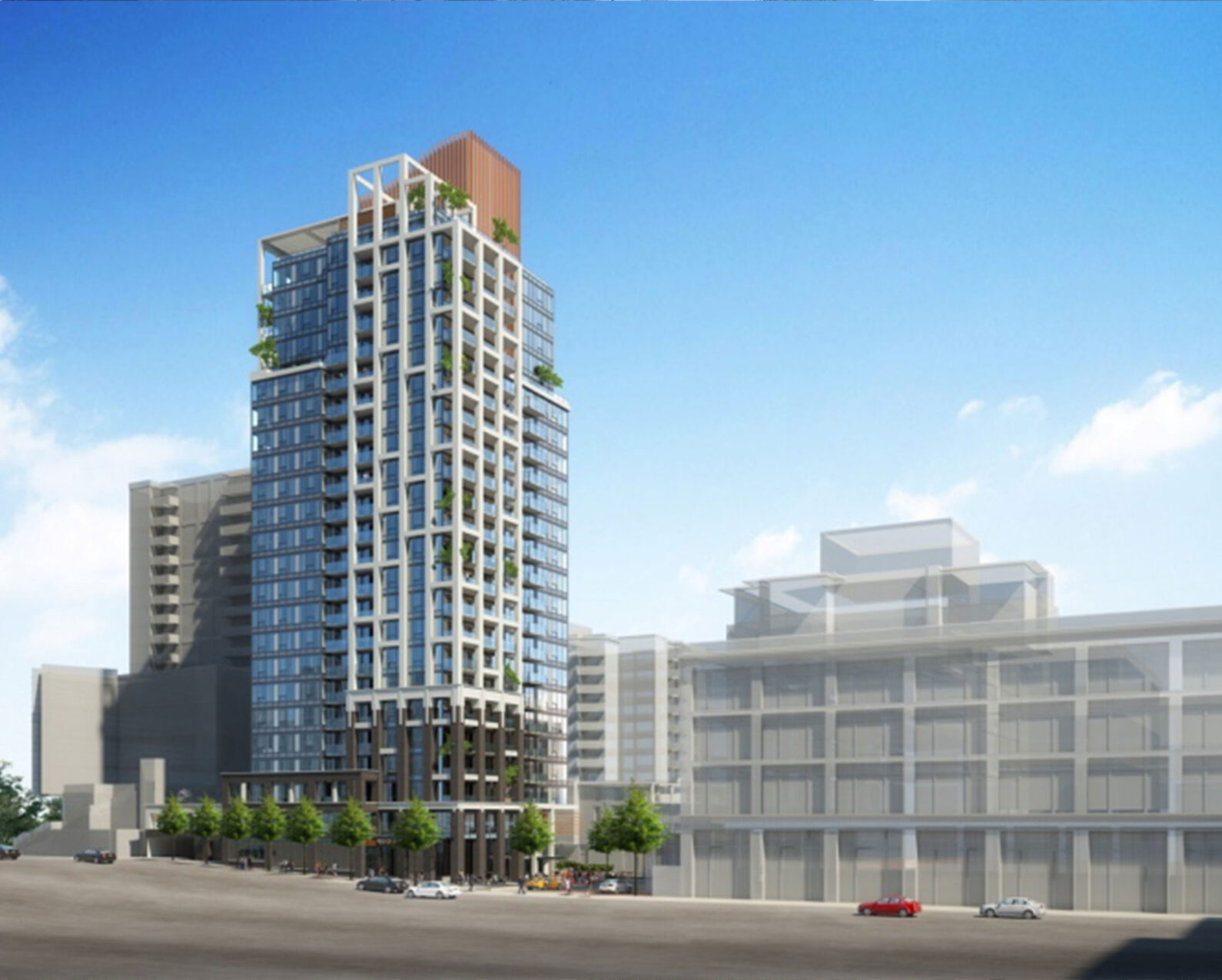 Once built, it will outstrip the 21-storey Promontory condo tower at Songhees in Vic West.

The $100-million-plus project includes six levels of underground parking, which is likely the deepest parking structure in the city, said Justin Filuk, director of development in Victoria for the Townline Group of Companies.

Site preparation for the building, called Hudson Place One, has started. The foundation permit is expected in the coming week and the project should be completed in early 2020, Filuk said.

In earlier discussions, Victoria councillors had debated the merits of a taller project allowing for more open space on the ground, versus one that virtually fills its site. “I think we could see a big, fat, short building here, and I think that would be the wrong thing,” Victoria Mayor Lisa Helps said as part of the debate.

The project was initially discussed as a 29- or 30-storey building. In the fall, Townline said it would go with a slightly shorter building after finding some resistance at city hall.

Hudson Place One includes 1,500 square feet of commercial space on the ground floor and a community plaza. A total of 176 condominiums with one, two or three bedrooms will be built above.

The building will rise to 25 storeys and rooftop decks for the penthouses put the building at 26 storeys by the city’s reckoning, Filuk said. Hudson Place One is being marketed as 25 storeys.

There’s “quite a big mix of units,” Filuk said. “We are trying to appeal to lots of different buyers.”

“We are getting a lot of interest in the larger units.” Those units tend to be higher in the building, with the smaller ones lower down.

Prices are not yet set.

An outdoor rooftop deck on the third storey will be built with seating, a play area for children, green space, and a place to walk dogs.

In today’s hot housing market “interest is strong in the building,” Filuk said. “There are not a lot of units on the market right now.”

Other projects that have started in the past year are experiencing high levels of pre-sales, he said.

Developers line up pre-sales to qualify for the financing needed to construct a building. Lending organizations typically require a certain amount of pre-sales before parting with their money.

Like any large construction project, Hudson Place One is a job-generator. At this time, between 30 and 40 trades workers are on the site. That will rise to almost 200 once the tower is built and trades workers arrive to install windows, put up drywall and finish the building.

Developers are watching to see how B.C.’s new speculation tax will impact sales. The province is imposing a tax that will limit the amount of time that a property can remain empty before additional taxes are levied.

“We are naturally concerned about the impact of that,” Filuk said.

“Victoria is in the epicentre of being a tourist town and somewhere where there are a lot of people that have secondary seasonal units in buildings like this. We are sort of bracing ourselves to see how that translates into actual sales and interest in the building.”

Another factor that could affect sales is Victoria’s new rules for short-term vacation rentals, Filuk said. “It might eliminate a certain group of buyers.”

“We understand why the city did that but it might also have unintended consequences in terms of the ability for the development community to deliver supply.”

Next on the agenda is planning Hudson Place Two facing Blanshard Street, which may include some office space, he said.

Sense of space maximized at The Holland