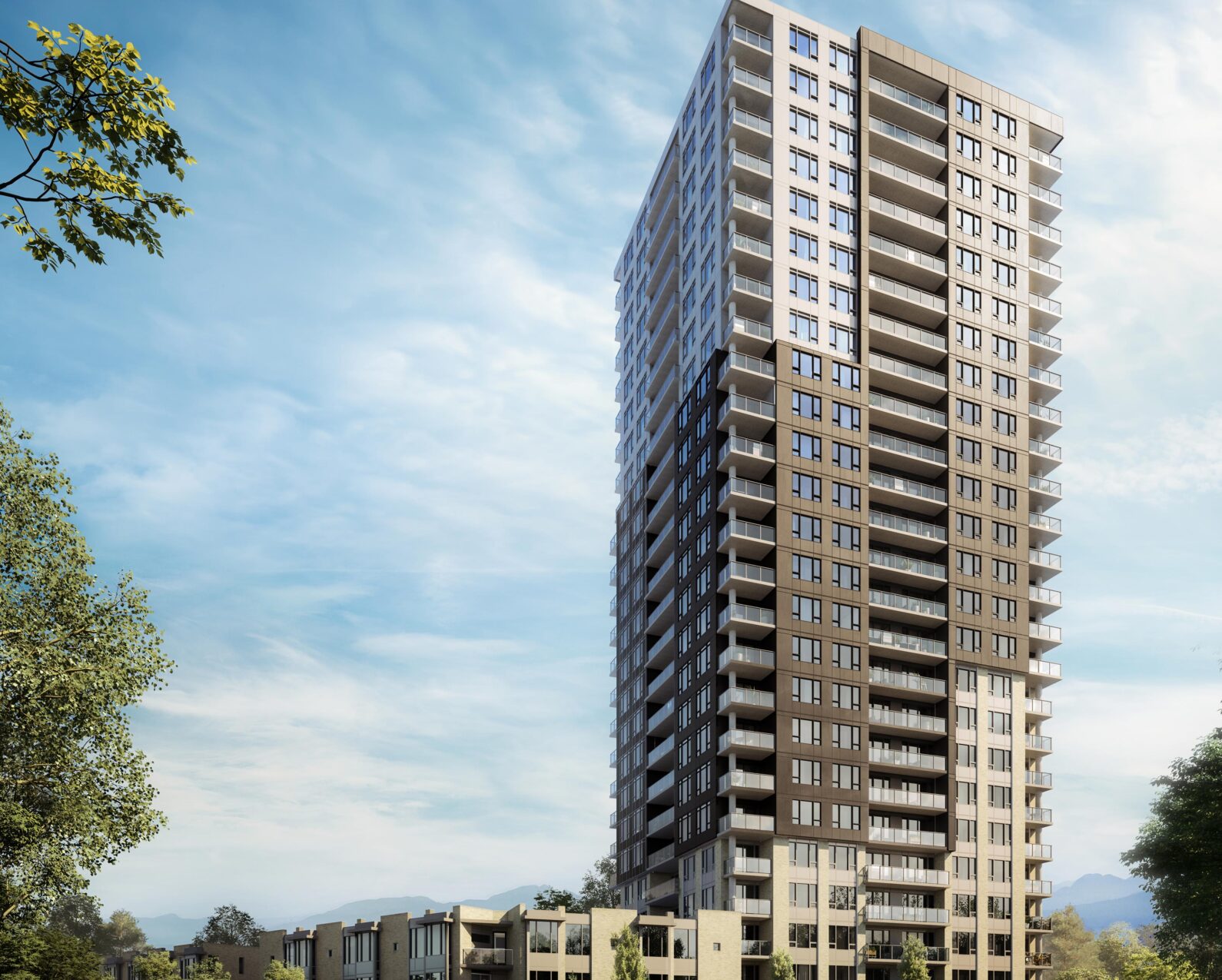 GBL Architects says the second tower of The Holland, Townline Homes’ community on Old Yale Road and 133 St. in Surrey, has received unanimous support from the city’s Advisory Design Panel.

Phase one of the development, which is now pre-selling, includes a 25-storey condominium tower with 250 residential units. Construction on phase one is scheduled to begin in May.

Phase two of The Holland in Surrey will include a 32-storey tower with 305 market condominiums, and interiors by BYU Design.

The redevelopment of the site will also include two new public plazas, one at Old Yale Road and 133 Street, which will consist of high-quality surface materials and heavy timber cedar benches to reflect the area’s logging past.

A second, larger plaza at Old Yale Road and the future 133A Street, will consist of a water feature and timber benches.

The Holland by Townline Homes is not far from a similarly-named, upcoming development, Holland Parkside by Century Group, recently profiled on urbanYVR.

That development will include over 1,000 homes in three towers, with the tallest reaching 42 storeys. It will also have a 10-storey office building and ground floor retail units at the base of all of the towers.

Not far away, near the Surrey Central SkyTrain station, Bosa Properties’ BlueSky division is planning over 1,300 homes in three towers — two of which will be 50 storeys — in a development known as Brightside. 200 of the homes will be secured as purpose-built rentals, and a retail mews is planned as part of the project.

Hudson Place One to be a standout in Victoria

Sense of space maximized at The Holland