At Home In The Hudson 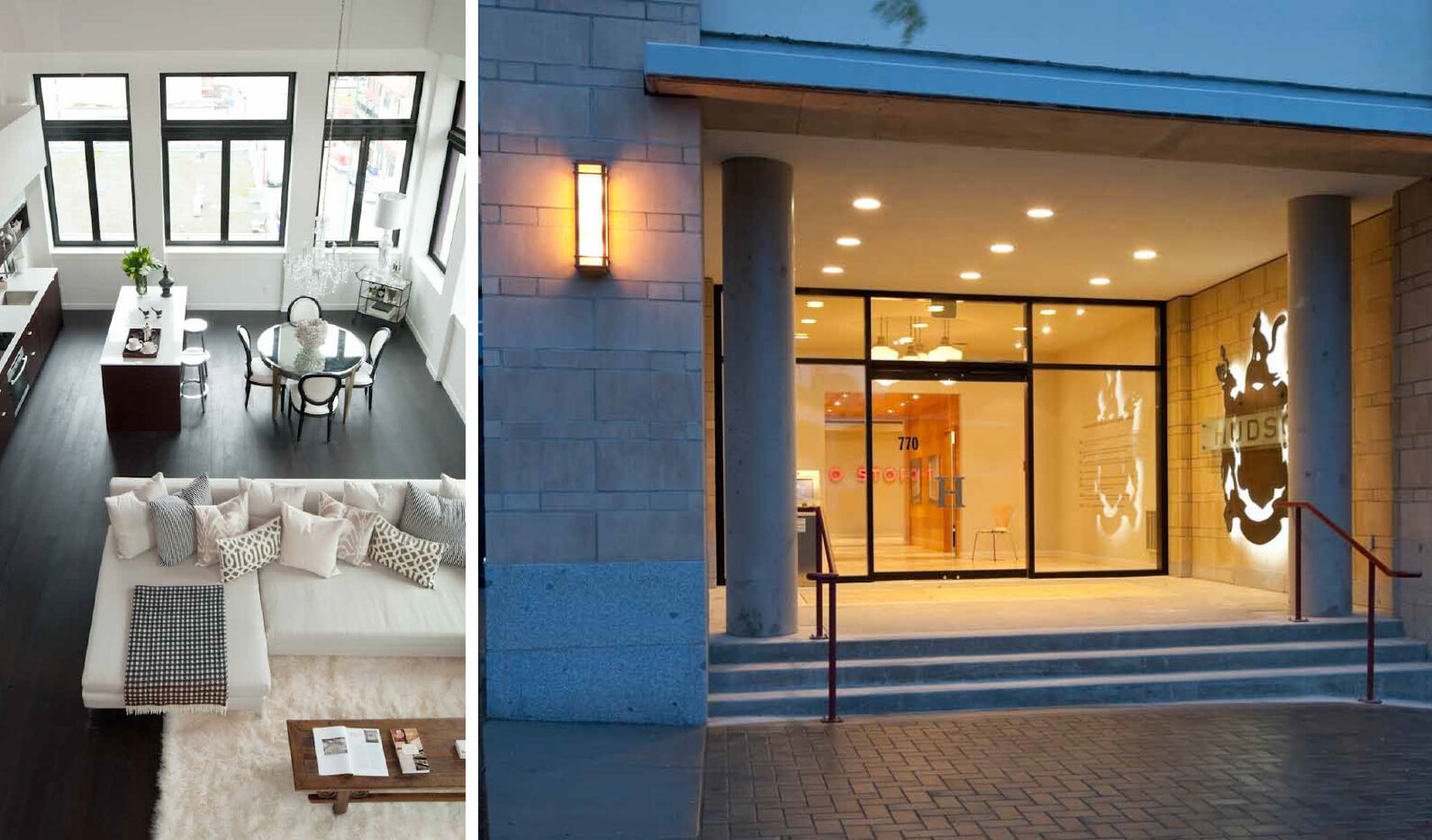 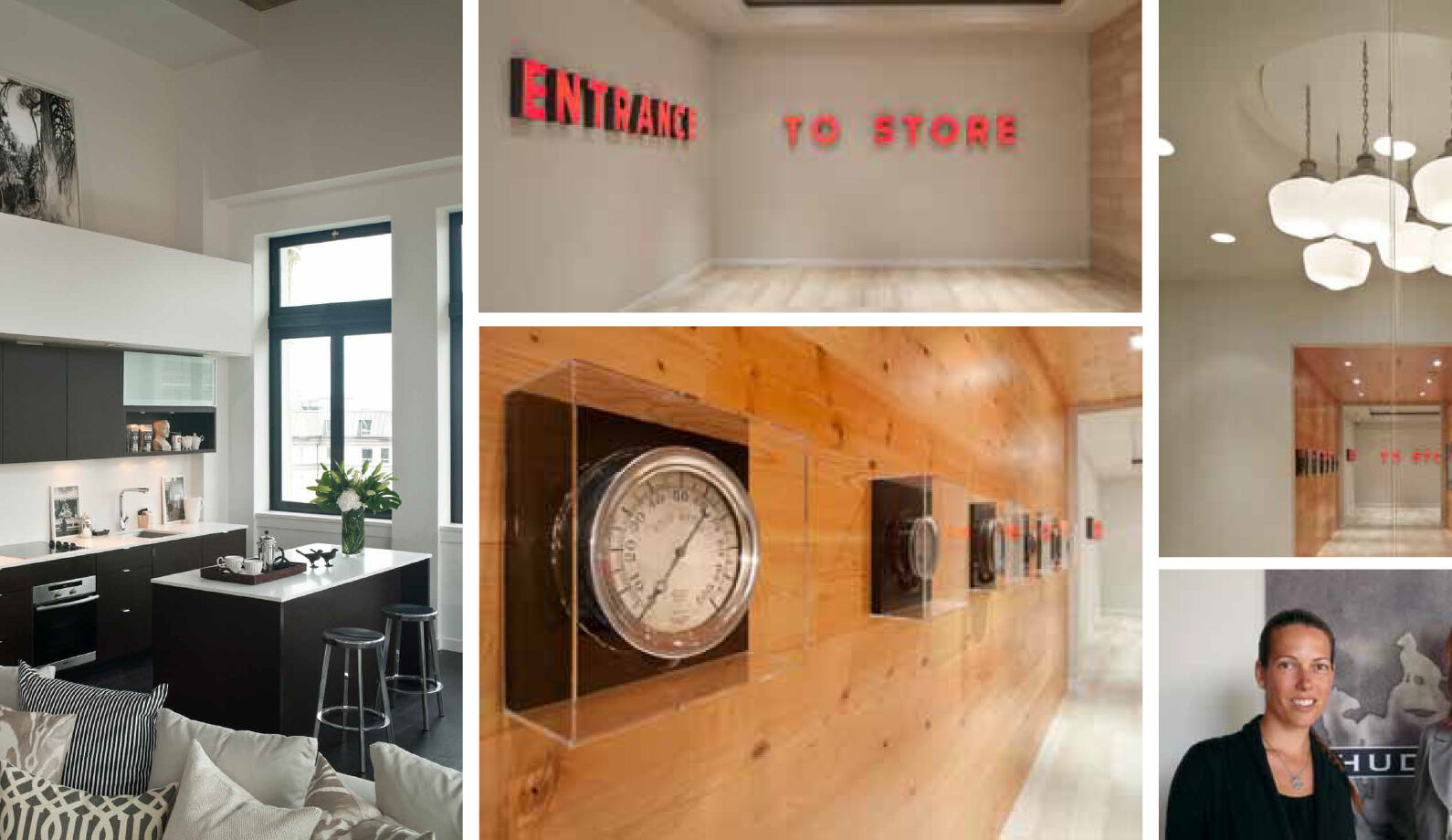 From the moment you enter the lobby at The Hudson, you realize that these common areas are anything but common. Illuminated areaway purple glass guides you to the new residential entrance on the southeast corner of the building. A custom designed chandelier made from reclaimed lights fixtures from the original department store illuminates a gallery-like environment with historic artifacts displayed like pieces of modern art. Nothing has been left to chance. The entire space has been programmed to give homeowners and visitors a welcoming sense of arrival.

With occupancy permit in place, all of the original levels of The Hudson have now been finished. And, people have started moving in!

You could, too. In fact, you could be living at The Hudson as early as October 1st. The homes really are in a league of their own. Behind the beautifully restored façade are homes that are bright and open. Ceilings are much higher than the standard which gives a great sense of volume and with the added ceiling heights comes large restored original windows to flood the homes with more natural light.

The interiors are crisp, modern and well planned to maximize the use of space. Fully integrated kitchens conceal appliances like the refrigerator and dishwasher behind millwork panels that match the rest of the cabinetry. The effect is clean and uniform so that the kitchen feels very much a part of the open plan space rather than an intrusion.

There are now two fully furnished display homes for you to tour to help you make your purchase decision. There’s a classic one-bedroom single-level home, and a large (1400 square feet) double-height, two-bedroom loft. Each has its own notable charms and both are sure to impress.

We have a limited selection of beautifully appointed single-level and double-height lofts for you to choose from.

What Is The Meaning Of This?

Here are some interesting tidbits of information about the artifacts that you will find installed around The Hudson. We’ve incorporated them as a nod to the roots of this great building.

The letters that you see in the main elevator lobby were rescued from the original parkade. They used to sit on a huge ballast that provided electricity for the neon tubing that was inside of them. The sign directed shoppers from the parkade to the back entrance.

We had the letters removed from the ballast, reconditioned and installed as a modern reminder of this building’s heritage.

We aren’t exactly sure where these came from in the building, but they were various boiler pressure and temperature gauges that were part of the original heating system for the building. It’s sure not the modern Geothermal system we have today but it’s a great reminder of early 20th Century technology.

Although not from the original building, the locally reclaimed Douglas Fir is featured in the lobby and the 2nd, 3rd and 4th floor elevator lobbies. Interestingly, this wood comes from a 1918 warehouse that was home in the 1970’s to the company that re-purposed and refinished it for use in The Hudson.

The custom chandelier in the lobby was designed by Evoke International Design from salvaged lamps that were used throughout the building. In a way, it’s like a metaphor for the building – a modern intervention with historic elements.

If you’d like to know more about the artifacts, or learn more about owning a home at The Hudson, stop by our sales centre at 1803 Douglas and have a visit with Tracy or Mailo.